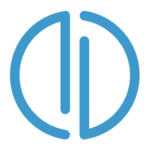 How can we Help you ?

On November 10th, 2020, Apple announced the release of the first Mac computers to contain Apple Silicon M1, their new generation of processors.

At the moment, DJUCED 5.1.2 (and over) is working perfectly on Apple Silicon processors within the Rosetta 2 emulation.

The development of an Apple Processor-based DJUCED version is in progress and will be released when it will be perfect.

What are your Feelings